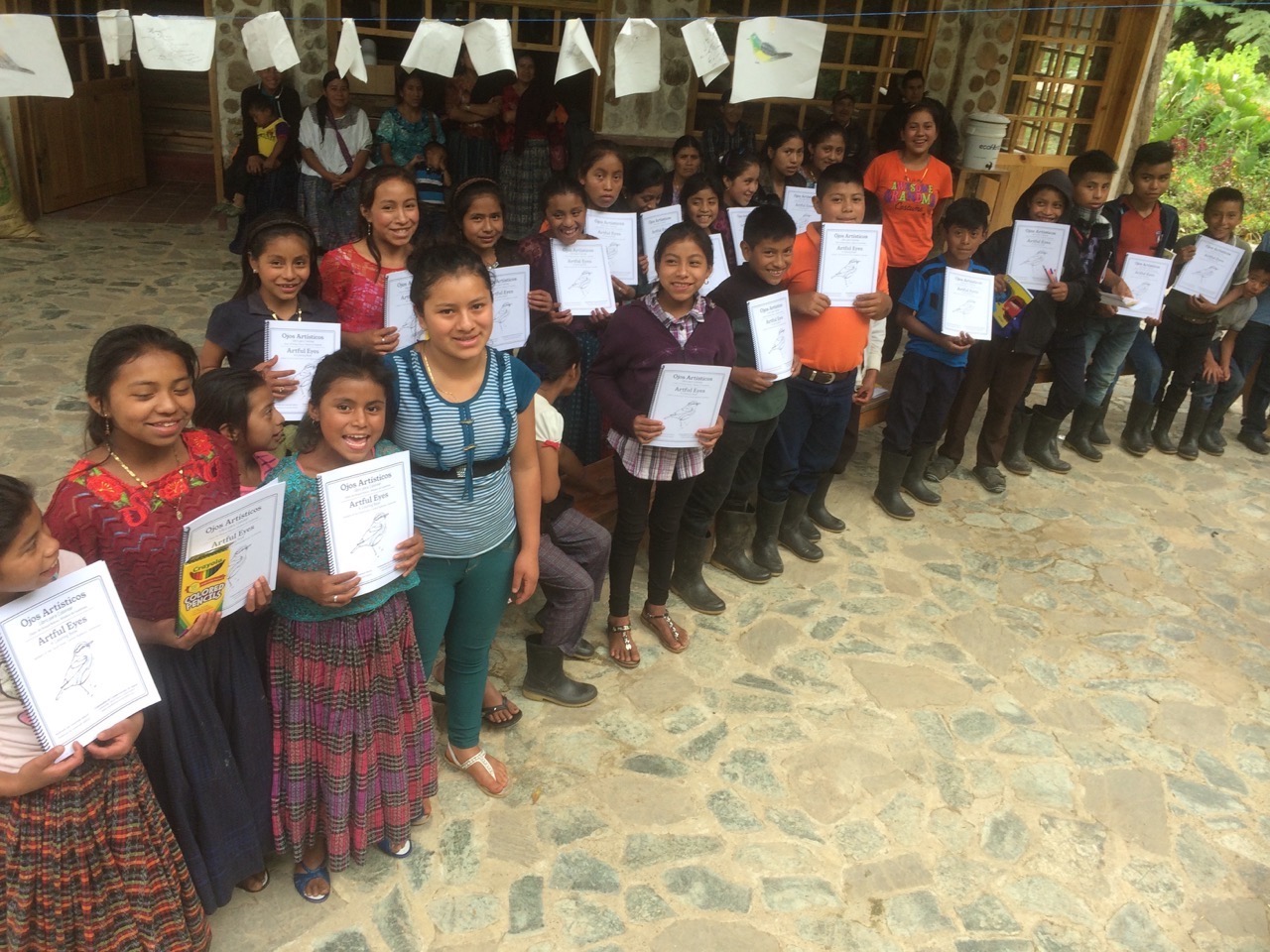 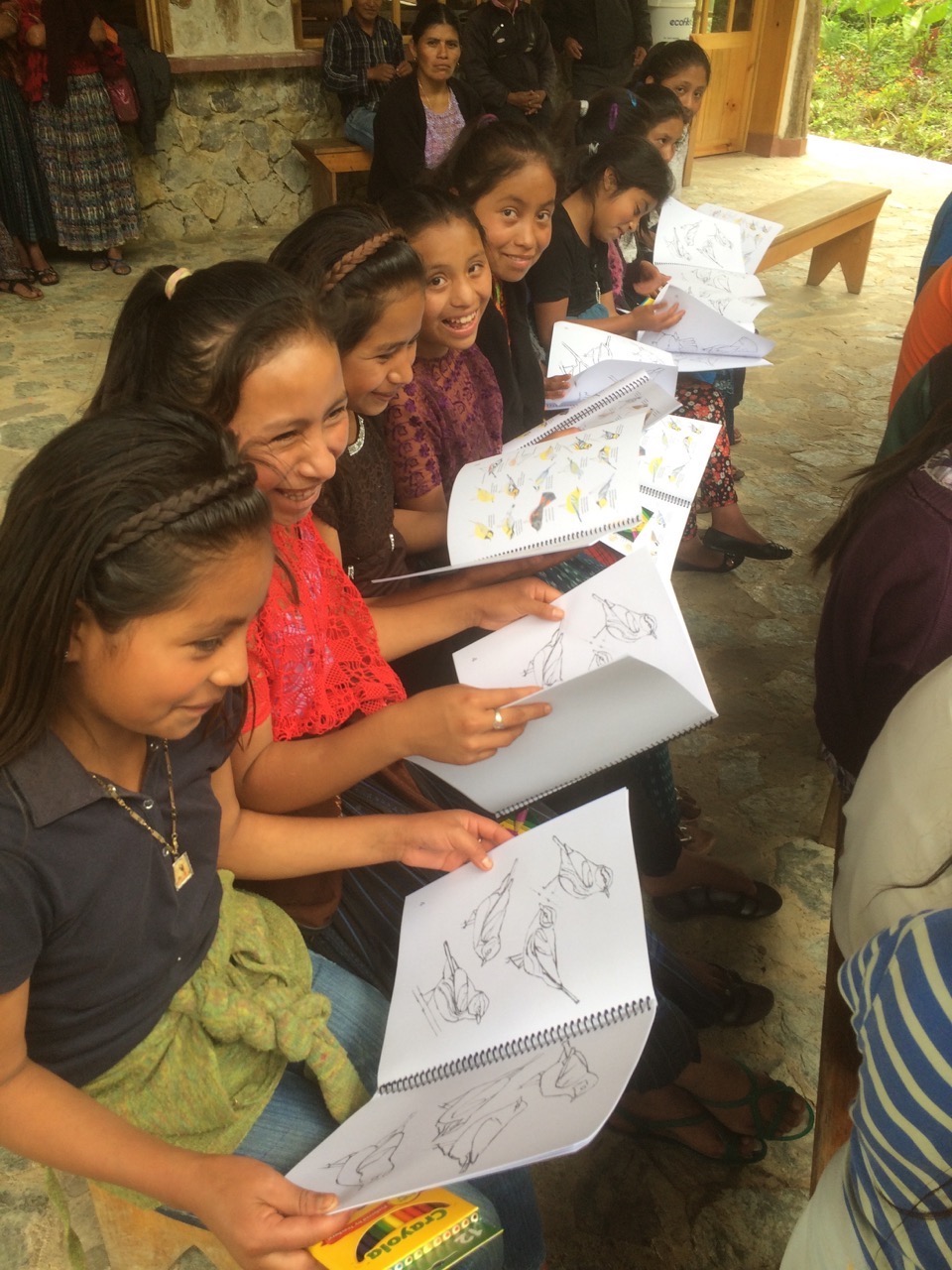 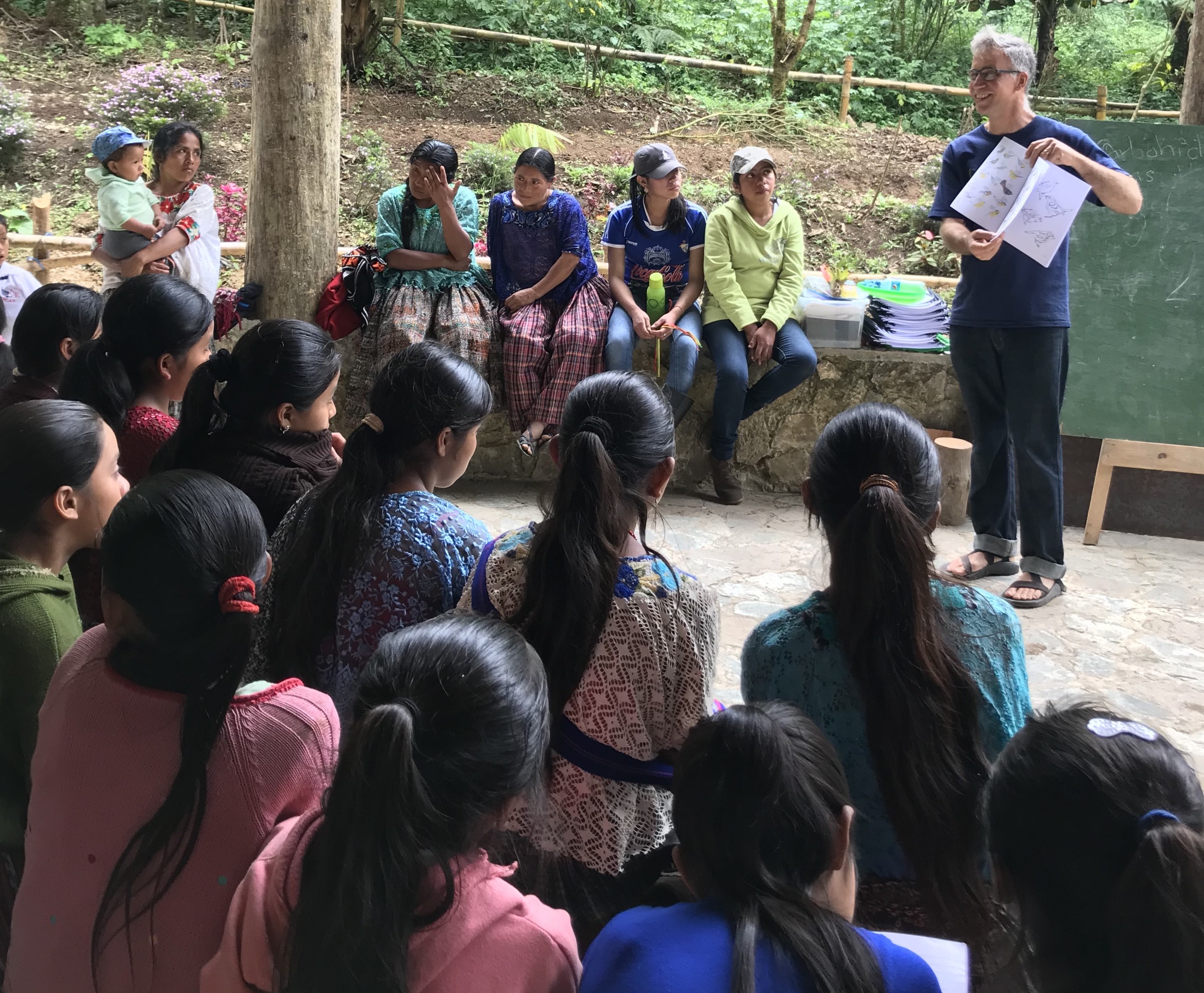 CCFC’s Kids & Birds program has a wonderful new resource, the Warbler Coloring Book. Thanks to the excellent art work of CCFC intern and University of Mary Washington Biology major, Savannah Aldrich, CCFC has published a coloring book which includes all the warblers of the region. 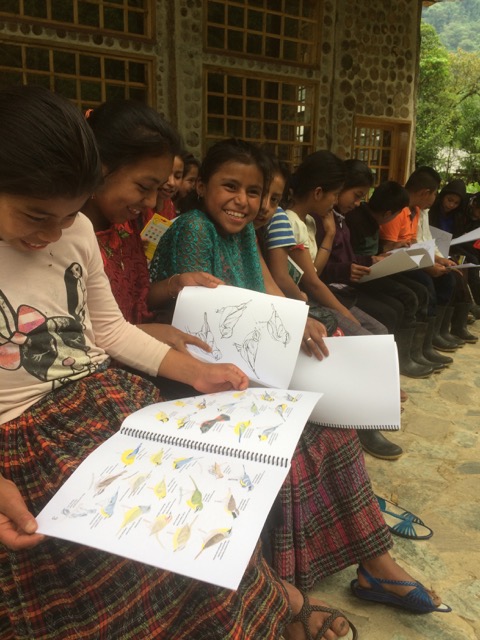 Kids & Birds Team for 2018 with Rudy Botzoc. Each member of the entire Kids & Birds team is an alumnae of CCFC’s WALC program. And all of them (with the exception of Josefina) are currently enrolled in either high school or university. Josefina is taking a gap year between high school and university and is the only team member to cover the work on Fridays. 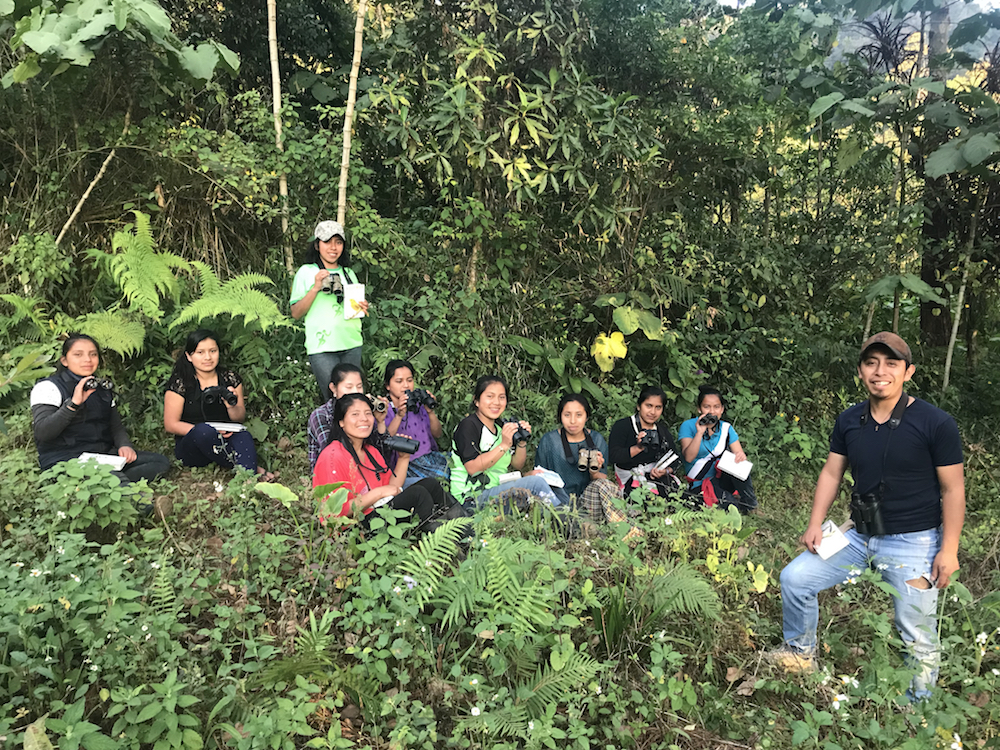 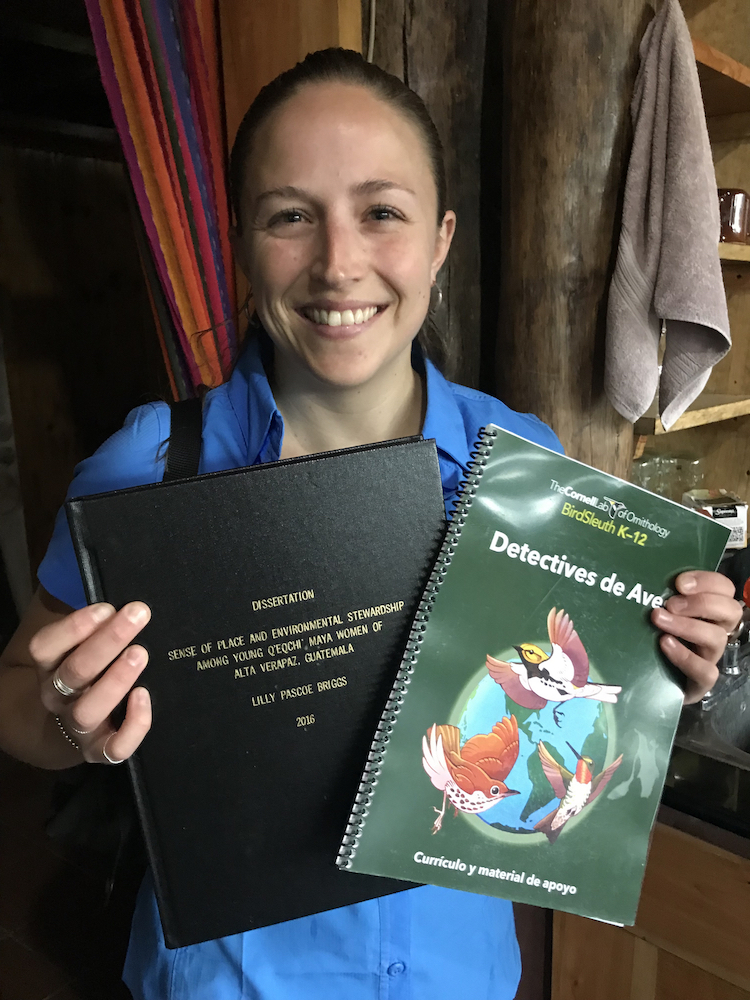 CCFC’s relationship with Lilly Briggs goes back to 2011 when CCFC first began to use Cornell Lab’s BirdSleuth curriculum for it’s Kids & Birds Program. Later Lilly came to CCFC to do her field research for her Ph.D. at Cornell University. Lilly’s research focus was CCFC’s WALC program.

On a recent visit to CCFC, Lilly presented her finished version of her Ph.D. dissertation to the CCFC library along with the most recent version of the BirdSleuth curriculum.

Thanks Lilly! Your research provides important feedback and affirmation for the efforts of WALC.

As we look toward 2018, we are especially excited about the Kids & Birds program. Schools will start arriving the last week of January. Our goal for 2018 is to have 1,200 sixth graders from January to September of 2018.

We need your help. Please contribute to Kids & Birds 2018 and help us reach our goal of having 1,200 students. 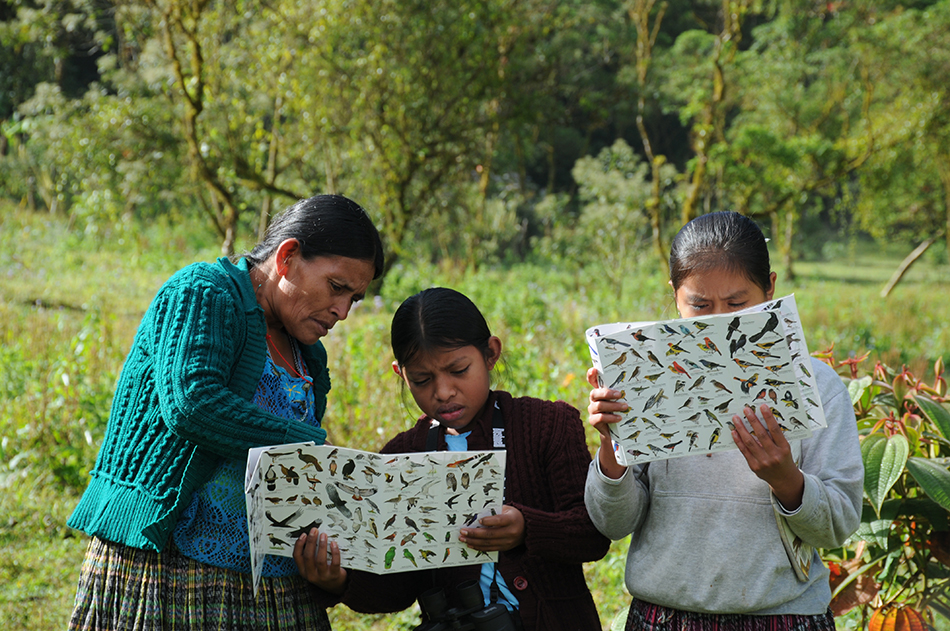 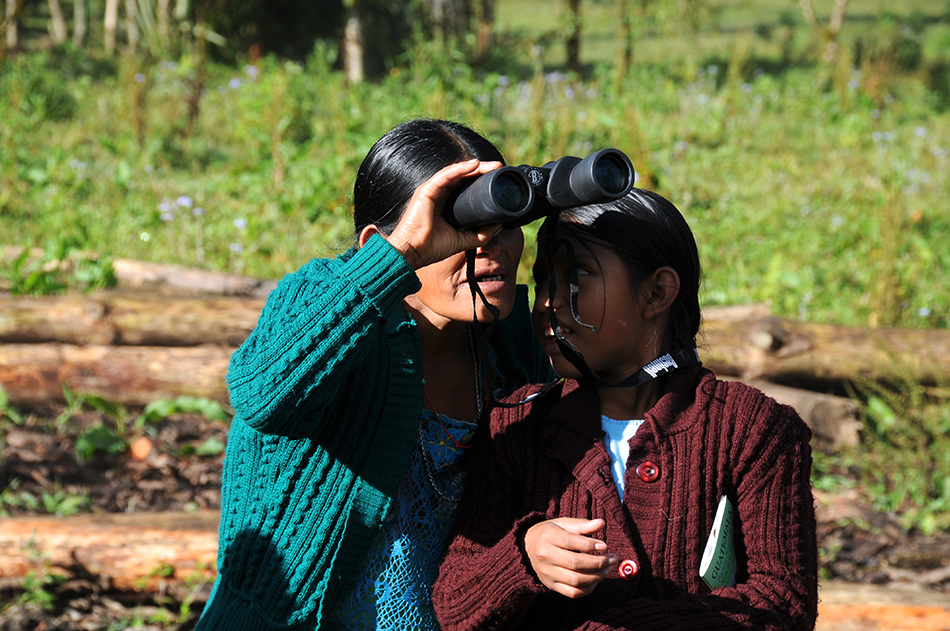 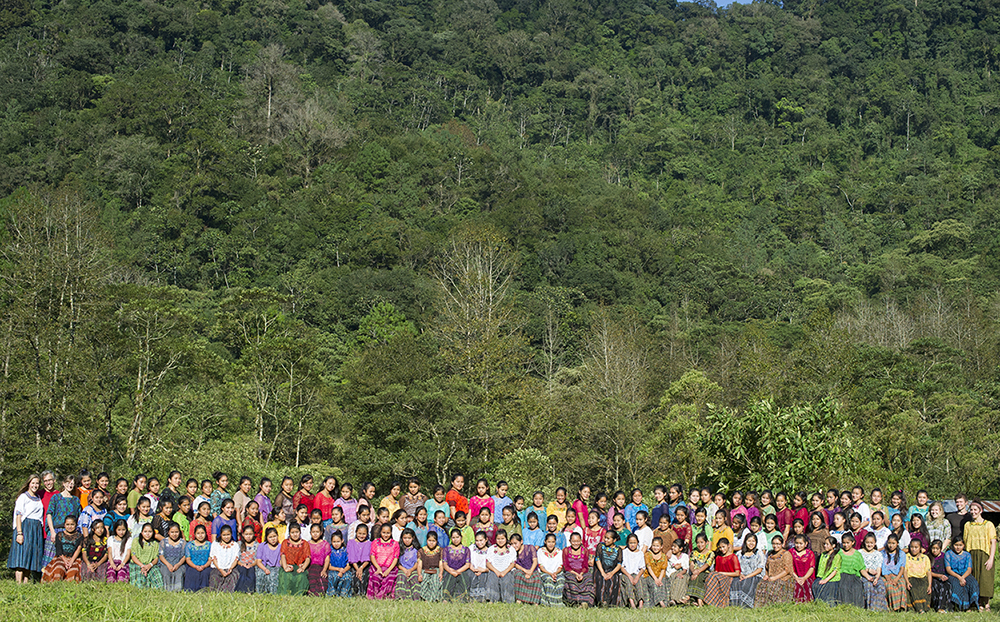 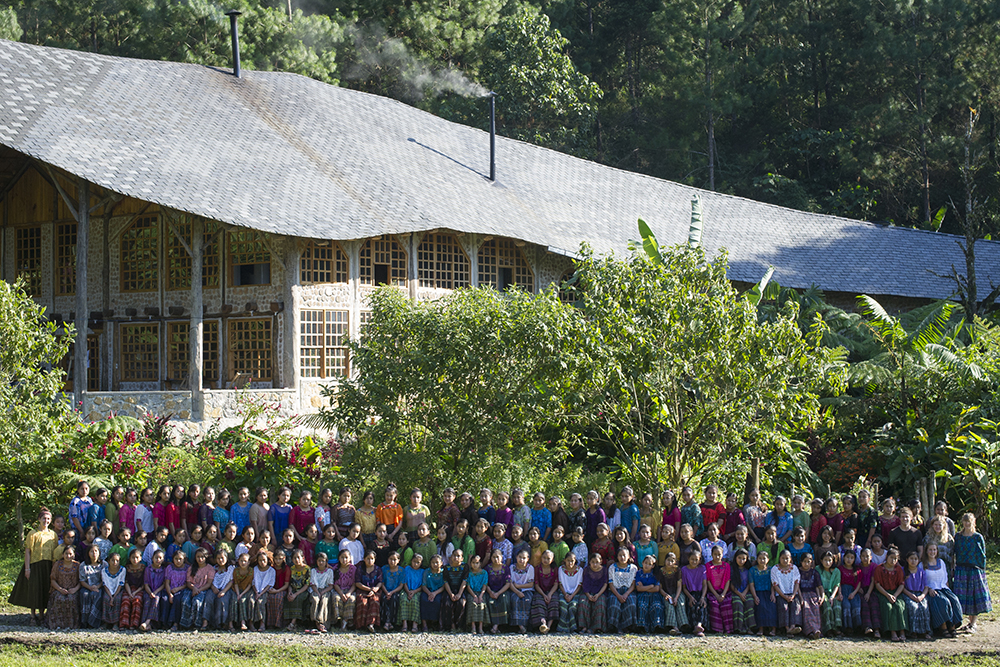 Teachers and staff from Defensores de la Naturaleza came to CCFC for a four teach Kids & Birds teachers training workshop. National Park Sierra Lacandon is facing unprecedented deforestation. Defensores de la Naturaleza is making a valiant effort to protect the forests of this officially protected area. Teachers and public health promoters employed by Defensores will be teaching Aves de mi Mundo, a curriculum of the Cornell Lab of Ornithology used by CCFC in our Kids & Birds program. This teachers training was a strategic step in promoting conservation in village schools within the national protected area.

The Sierra Lacandon is located in norther Guatemala (southwestern Peten) along the Usumasinta River which forms the border of the Peten and Chiapas, Mexico. Officially the national park is a protected area but there have been many land invasions and today deforestation is rampant within the boundtries of the park. 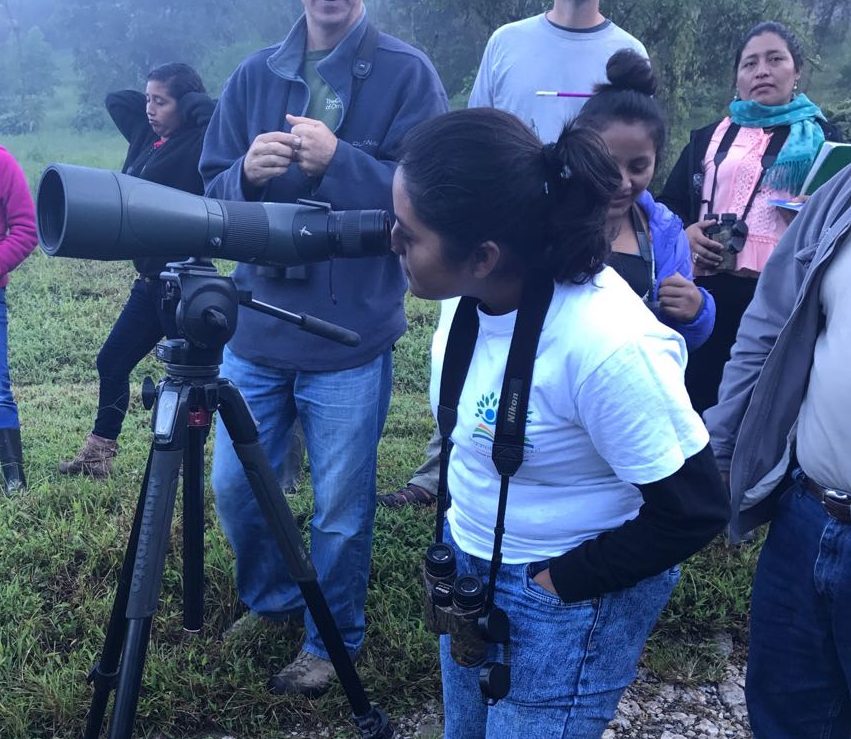 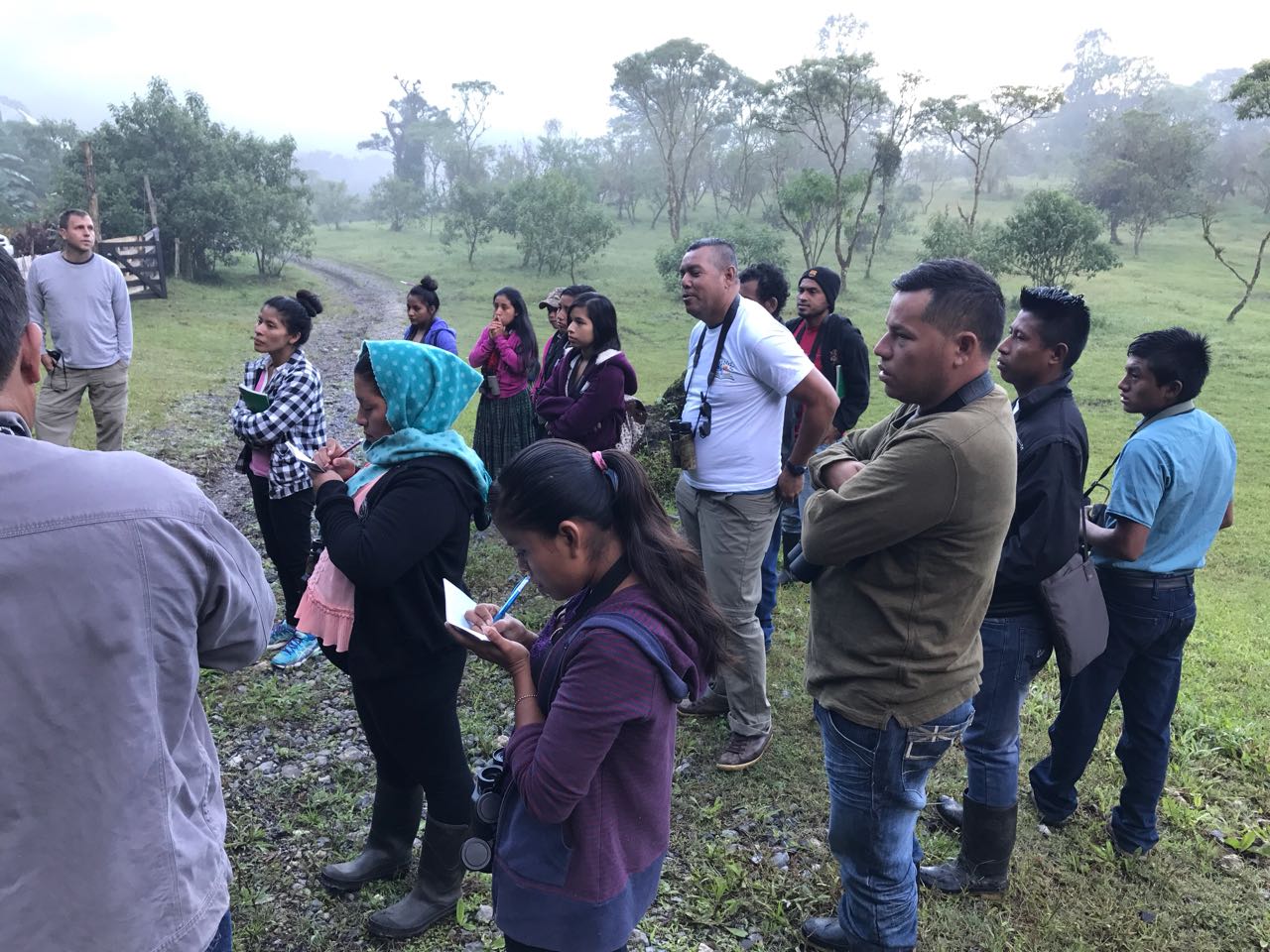 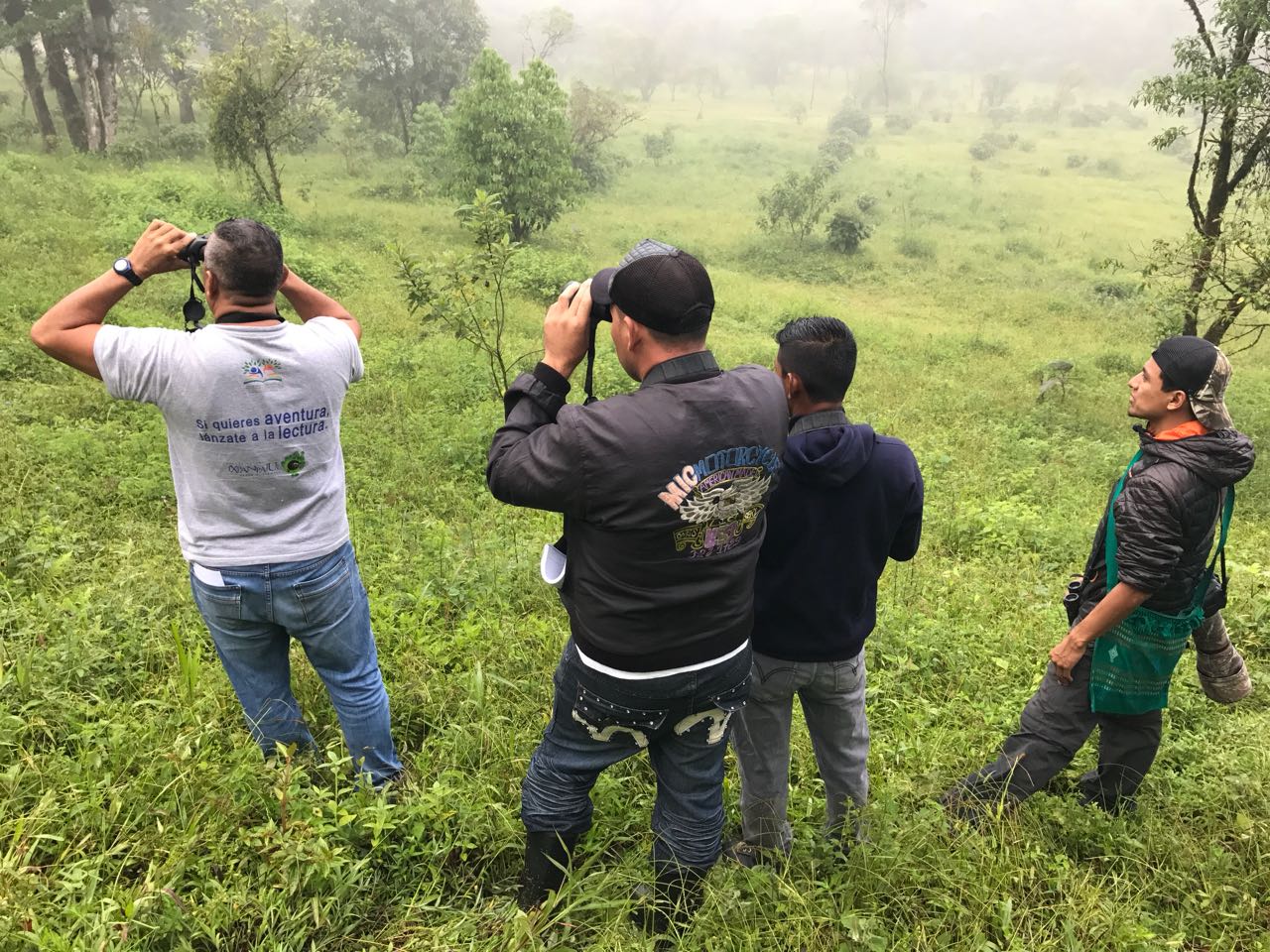 Much of the country of Guatemala is on Red-Alert these days as tropical storm Nate passes by along the Atlantic coast of Central America. Many people in Honduras, Guatemala, Belize and Mexico are experiencing heavy rains, mudslides and other weather related set backs.

At CCFC, we are all fine. The buildings are high and dry and we’ve not had any damage. This is a great test of the quality of our new roof. And you will be happy to know that the roof is performing excellently well under the heavy rains. However the river has grown and covers a good part of the low pasture area. 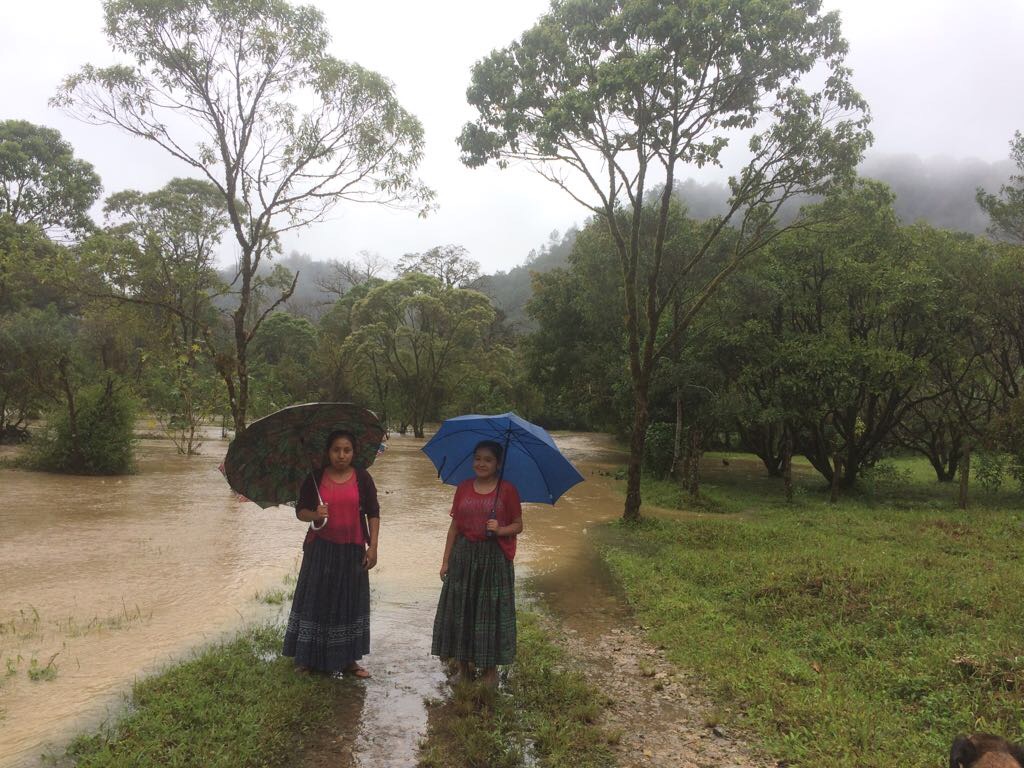 As CCFC gets ready to receive another group of enthusiastic leaders-in-formation, it is a great moment to look back and see how far we’ve come.

Here is a photo from WALC, fall 2014. Notice the building behind the students. The roof was not yet complete and the walls and windows were not yet finished. 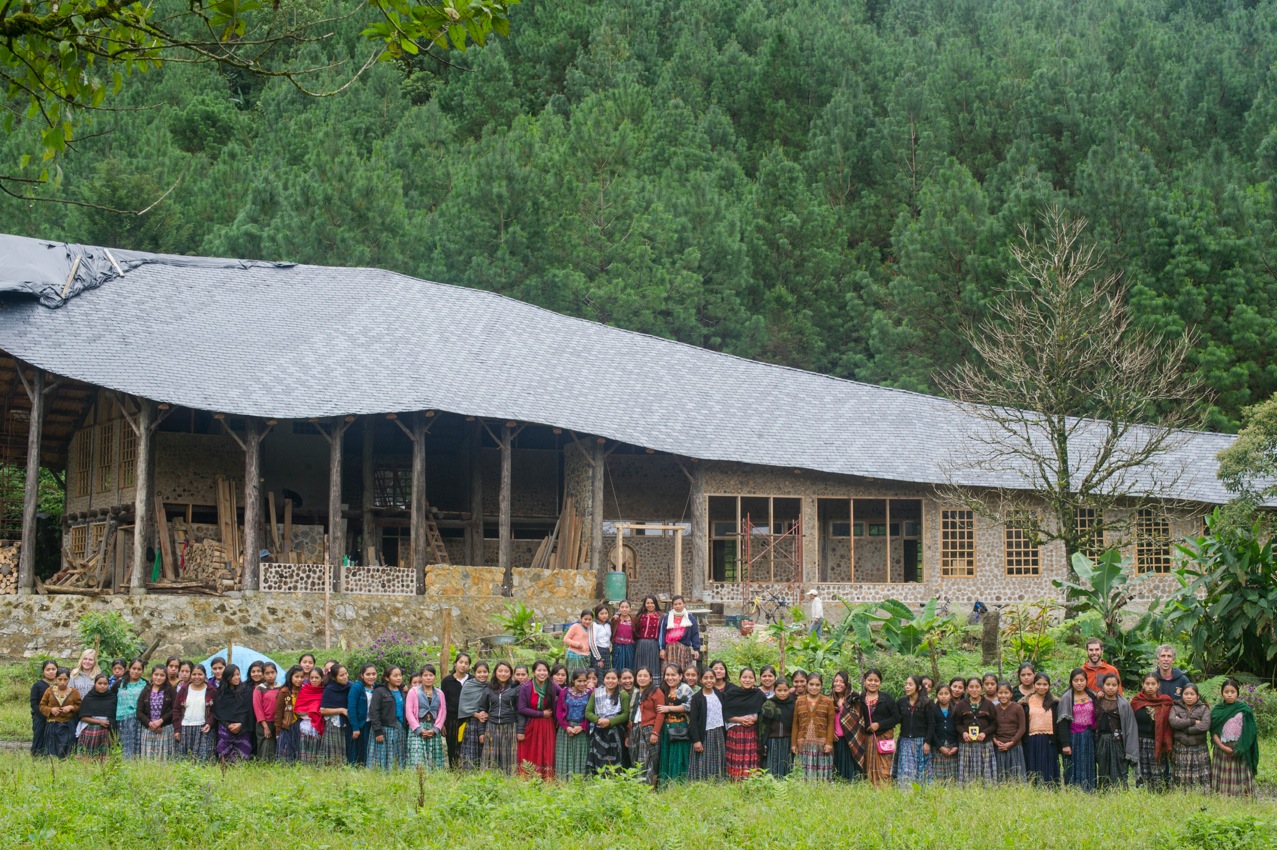 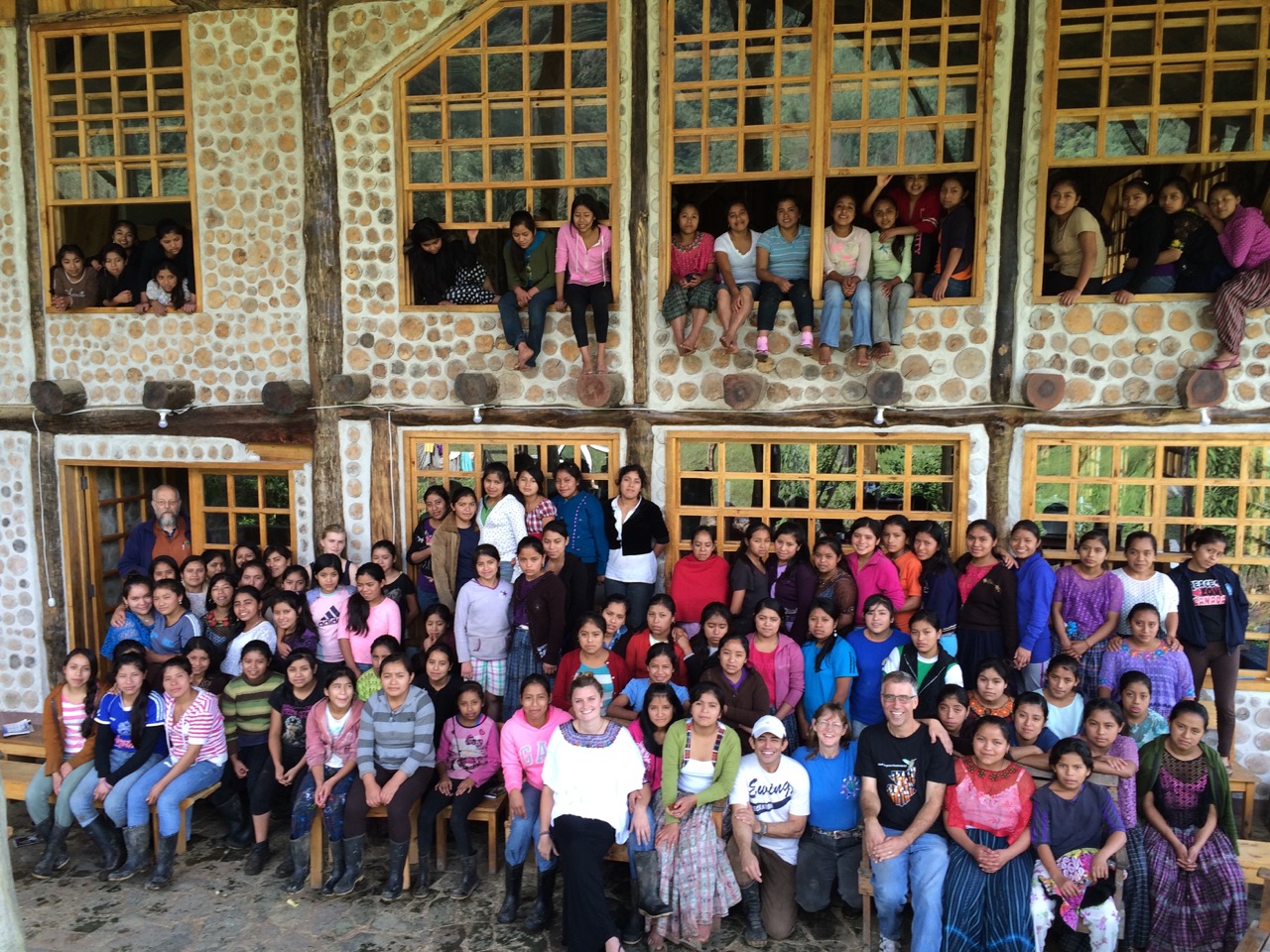 Here is a photo from WALC, fall 2016. Building finished and in full use. We had nearly 100 students sleeping in the building that fall. 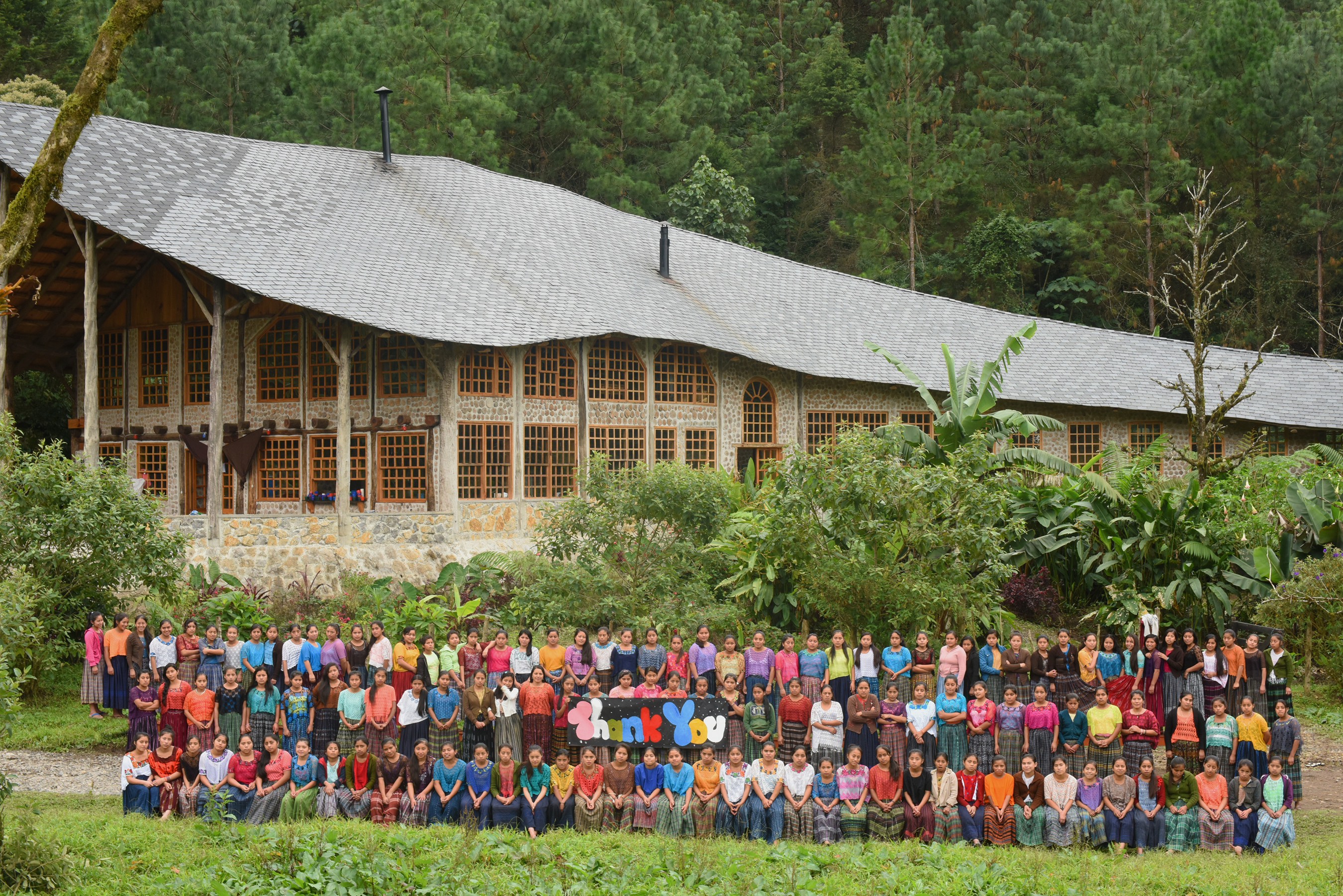 Every year WALC has grown and improved.