In late summer Golden-cheeked Warblers leave their breeding grounds in central Texas and fly south, crossing Mexico. Their non-breeding home is limited to a narrow highland corridor ranging from Chiapas, Mexico, across Guatemala’s central highlands, and south into Honduras and the highlands of northern Nicaragua.(1) In Guatemala, Golden-cheeks are common in the pine-oak habitat and uncommon in cloud forests. Golden-cheeks often forage in mixed flocks. In cloud forests it can be seen feeding with Black-and-white Warblers, Black-throated Green Warblers, Golden-winged Warblers, Slate-throated Redstarts and Wilson’s Warblers. In the pine-oak forest it can be seen feeding with Painted Redstarts, Olive Warblers, Grace’s Warblers and Red-faced Warblers. According to the Pine-oak Alliance, Guatemala has 40% of the potential Golden-cheeked Warbler non-breeding habitat, more than any other central American country.(2)  The pine-oak forests are also important to 225 other species of migratory birds, both as wintering residence and as migration route stopover area.(2) 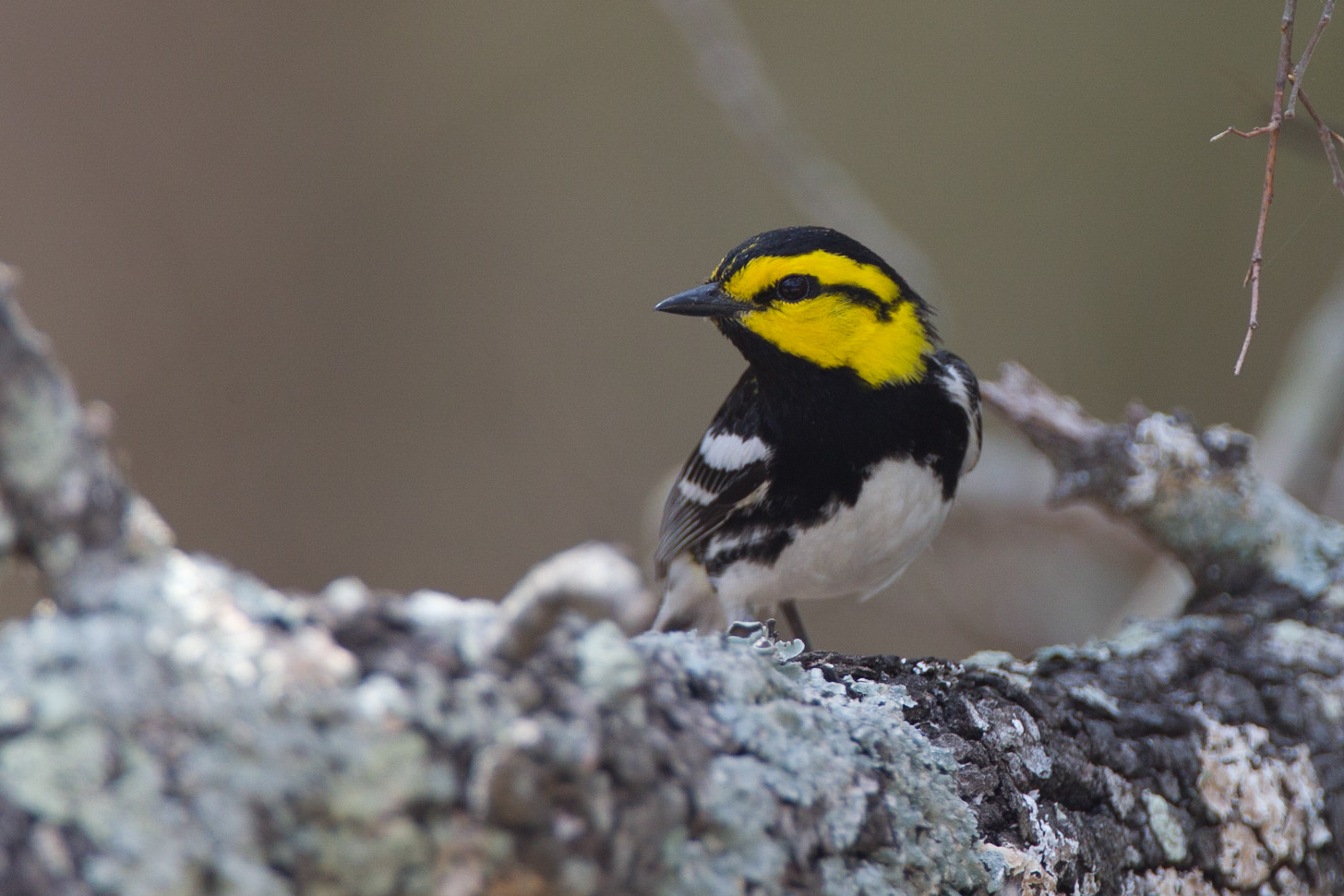 The Golden-cheeked Warbler was first described to science in the central highlands of Guatemala, less than ten miles from CCFC’s central campus.(3) Before it was discovered in Texas, it was documented and fully described as its own species in Guatemala. Every Spring, this early migrant returns to Edwards Plateau of central Texas. To keep a viable population returning to Texas every year, Golden-cheeked habitat must be protected, and soon. The Golden-cheeked warbler is considered an endangered species (IUCN status). It is also listed as a Priority Species for protection by the US Fish & Wildlife under the Neotropical Migratory Bird Conservation Act. We must protect the Golden-cheeked both in their breeding and non-breeding area.

This small but stunning jewel of a warbler is in decline. Over the last forty years, the global population of Golden-winged Warblers has declined by an average of nearly 3% per year. Currently the Golden-winged is considered a Near Threatened species, according to the IUCN Red List. However, if trends continue this warbler could become endangered or even be driven to extinction. Discussions of the Golden-winged Warbler conservation have even handedly pointed to environmental degradation in both breeding and non-breeding ranges, these include habitat loss and habitat fragmentation. 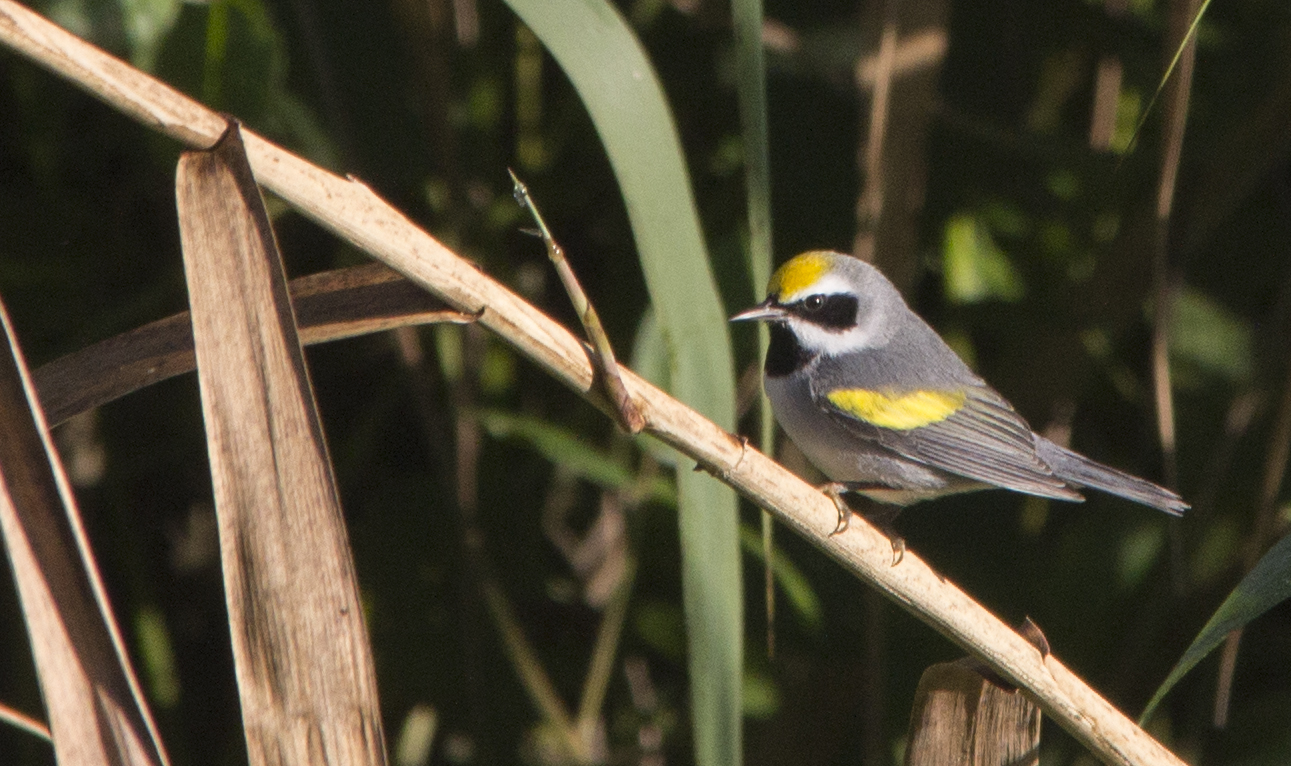 Thanks to recent research tracking the migration routes of Golden-wing Warblers, we know now that the population that is non-breeding resident in the central highlands of Guatemala, nests in the upper Midwest, e.g. northern Minnesota, southern Manitoba, Wisconsin, Michigan and northern Ontario. It is amazing that a male Golden-winged Warbler can be seen from the windows of CCFC’s main building one day in late April, foraging from branch to branch, feeding and fueling itself for its spring journey north. Four days later, this same individual could be landing in High Island, Texas and within a week could be staking out a

In the central highlands of Guatemala, Golden-winged Warblers forage in mixed flocks with other warblers, Common Chlorospingus, and other resident species. In the cloud forests they can sometimes be seen foraging with Golden-browed Warbler Basileuterus belli

While the Cerulean Warbler is not a winter resident in any part of Guatemala, the central highlands, specifically the north slope of the Sierra de Las Minas is a vitally important migration stopover region. Cerulean Warblers that winter in northern Peru, Ecuador and western Colombia use the Central American route to get to their breading grounds in the upper Midwest of the United States. These birds use central Guatemala as a refueling area before crossing the Golf of Mexico. From the north slope of the Sierra de las Minas to the Sierra San Gil, the region provides them an abundant food supply and safe foraging for about two weeks each spring and two weeks each fall. 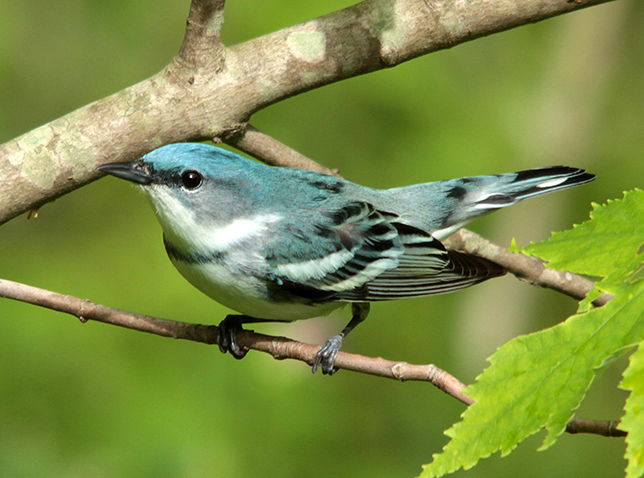 (3) Osbert Salvin and Philip Lutley Sclater, published in 1860 under the title “Characters of Eleven New Species of Birds Discovered by Osbert Salvin in Guatemala” in the Proceedings of the General Meetings for Scientific Business of the Zoological Society of London volume 28, pages 298-301.