For 12 years CCFC has built a thriving environmental education center at Rubel Chaim, a place for children and youth to learn about birds, ecology, conservation, health, nutrition and leadership. This land acquisition will ensure CCFC’s access and greatly increase the size of our campus, an enormous outdoor classroom for students and a living laboratory for researchers.

CCFC’s  Women in Agroecology Leadership for Conservation(WALC) started in 2008 at a school in the town of San Juan Chamelco. In a couple of years this program had grown from seven participants to eighty participants. WALC takes place in October, November and December when school is out for the year. In 2010 we rented buses and brought the WALC students to Rubel Chaim to learn about forest ecology and to plant trees for forest restoration. These trees are still alive and growing tall.

WALC has evolved over the years to become a program recognized by the Guatemalan ministry of education (MINEDUC) for empowering young women to complete middle school, high school and to pursue university degrees. Rubel Chaim is a great campus to host a program for young women. Because of its topography, the campus does not have pedestrians walking through it so it is safe place to run these programs.

CCFC’s Kids & Birds program invites primary and secondary schools to the Environmental Education campus for a 4-day Science and Conservation Camp experience. CCFC began Kids & Birds in 2012 with a grant from US Fish and Wildlife (NMBCA), in partnership with Cornell Lab of Ornithology. In 2012 and 2013 CCFC sent Advanced WALC interns as teachers to schools in tiny remote mountain villages. By mid 2013 we began bringing primary school students to the Rubel Chaim campus. In 2015 we had 950 primary students participate in the Kids & Birds program. The highest year we hosted 1,200 students (pre-pandemic). For the last seven years, CCFC’s Kids & Birds program enjoys an annual re-authorization from the Guatemalan Ministry of Education.

With the caves, river, streams and forests it is an ideal place to teach ecology and agro-ecology. 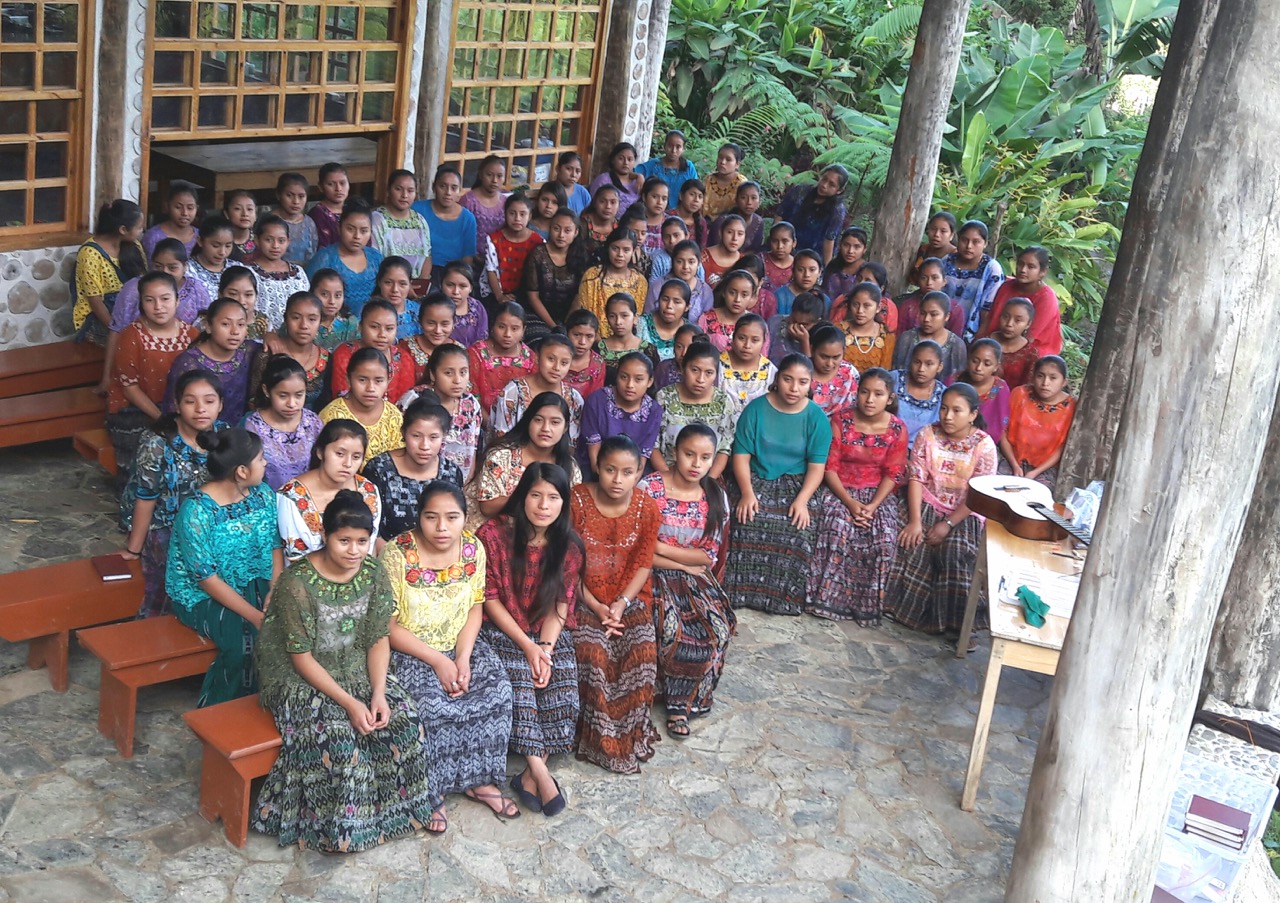 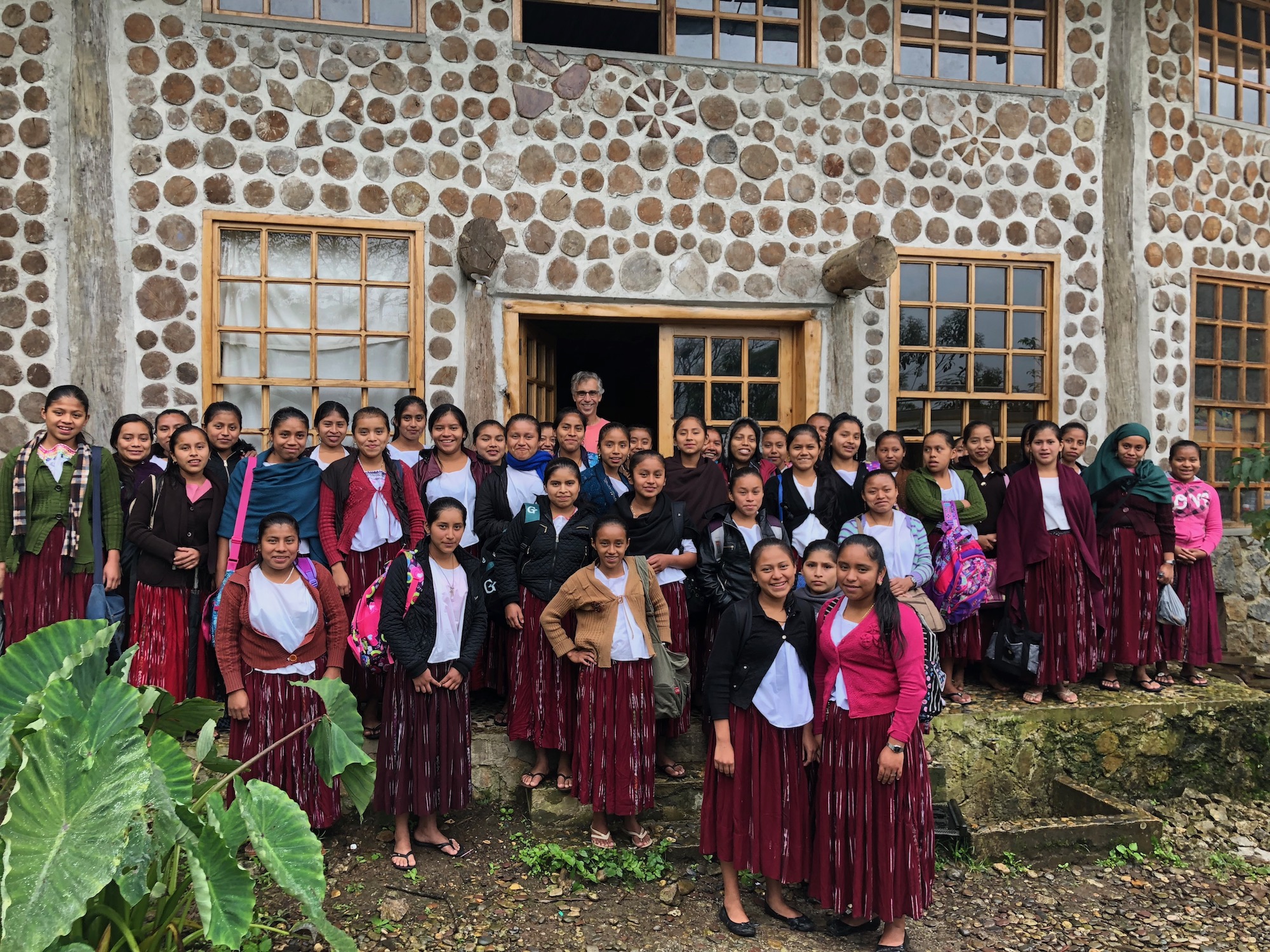 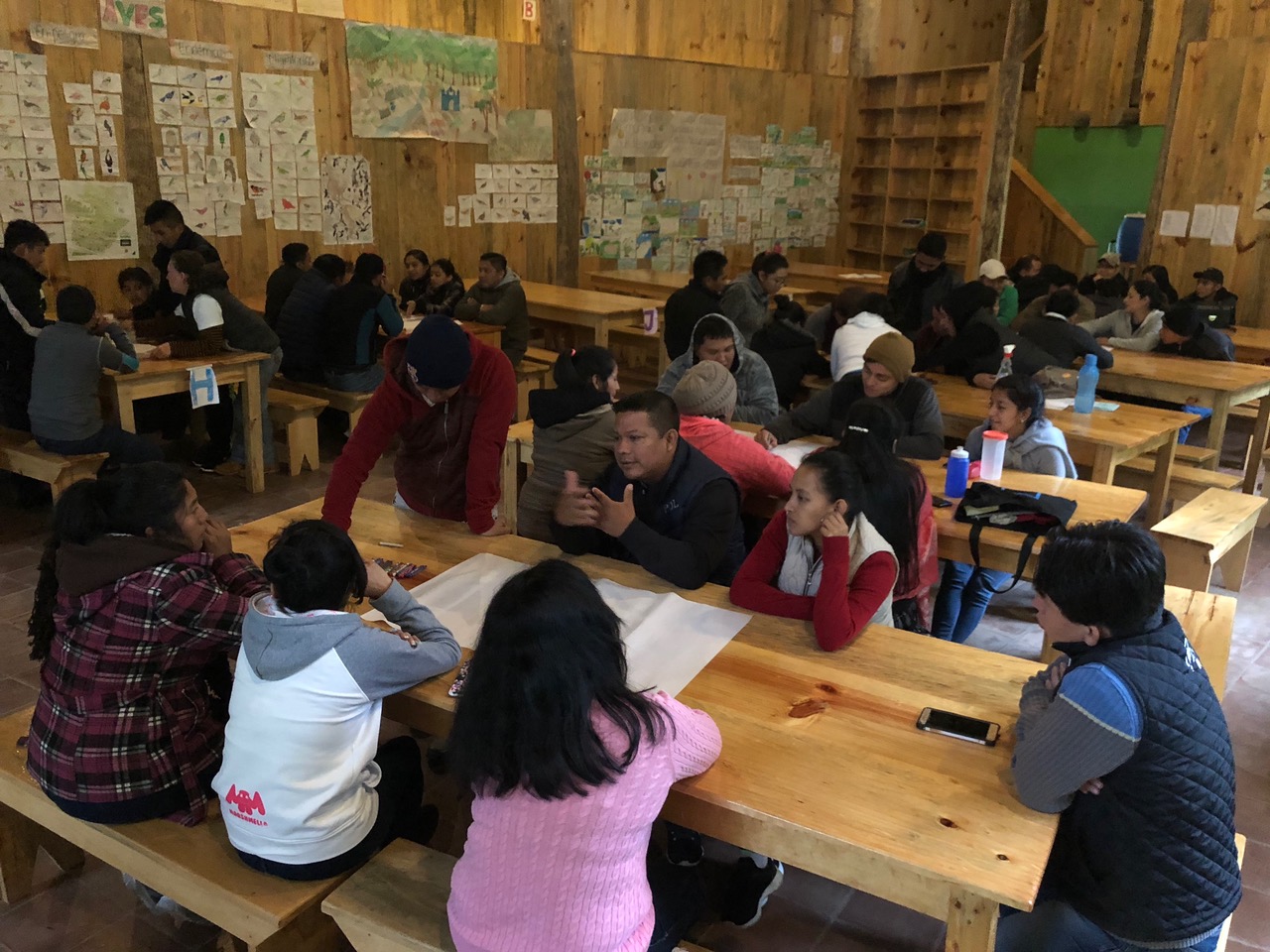 2. Establish a wildlife sanctuary  (contribute to make this happen)

One of our key objectives in the purchase of Rubel Chaim is to establish a Sanctuary for Flora and Fauna with Guatemala’s National Council for Protected Areas (CONAP).

Rubel Chaim is a place of extreme biodiversity. The section below outlines not only how extremely diverse Rubel Chaim is but the conservation priority of many of the species that make Rubel Chaim their home.

Once CCFC has registered all 390 acres as a national protected area, CCFC will create a community land trust, and build conservation partnerships with surrounding landholders. There are several large farms (called fincas) that have large expanses of primary forest. The objective is to invite other land owners to protect their forests in perpetuity.  The core sanctuary will encompass two important wildlife corridors at the heads of two watersheds. The extended land trust will continue along these two watersheds.

3. Restore habitat for species of special conservation concern (contribute to make this happen)

CCFC’s Rubel Chaim campus is home to many species of special conservation concern. And we continue to learn more about the importance of this very special place. Once CCFC has completed the purchase of the Rubel Chaim campus we will begin to repair degraded areas and restore habitat.

In the last ten years CCFC has recorded 277 species of birds on this campus (reported on eBird), making this the 2nd highest number of species of all eBird hotspots in the department of Alta Verapaz. CCFC will reforest and restore habitat within the entire preserve area with native trees. CCFC’s campus is home to fifteen bird species endemic to the highlands of northern Mesoamerica as well as numerous threatened migratory species, including the endangered Golden-cheeked Warbler.

CCFC has already been restoring bird habitat on this land, with a special focus on the habitat needs of warblers. The acquisition of Rubel Chaim will greatly increase the area that CCFC can reforest and restore.

For the Global Big Day, October 2021, the team birding at CCFC found two male Golden-cheeked Warblers on CCFC’s campus. Several years ago, we identified seed sources for oak seed. This is a species of oak favored by the Golden-cheeked Warbler. We aim to plant thousands of these oak trees on the Rubel Chaim land purchase.

CCFC’s campus is an important stop over site for many neotropical migratory birds. The above photo was taken in a agroforest parcel on CCFC’s campus.  Twice every year Blackburnian and Canada Warblers visit CCFC during both fall and spring migration. Black Swifts and both Black-billed and Yellow-billed Cuckoos make their appearances twice annually. Recently a Cerulean Warbler was seen on campus during migration.  We’ve even seen American White Pelicans and Franklin’s Gulls fly over the campus.

Besides birds, perhaps the best case that can be made for conservation action at Rubel Chaim is the impressive list of Amphibians that have been recorded at CCFC. CCFC has recorded 18 species of amphibians on this campus. Thirteen of those amphibians are considered endemic and of that number, three are hyper-endemic, meaning found only in a tiny part of Guatemala.  To put that number in context, there are only seven species of amphibians native to the whole region of England, Whales and Scotland.

We have yet to make a full account of mammals at CCFC but a small handful of camera trap deployments has already produced multiple records of Margay (Near Threatened) and one possible record of an Ocelot (record confirmation pending). Jaguarundi have been sighted. In 2008, a scat was collected near Chelemha and confirmed to be that of a Jaguar (Near Threatened).  There are historic records of Puma from the mountains of Chichen.

Also captured with camera trap: the highly charismatic Kinkajou and Cacomistle. CCFC is home to a wide variety of mammals in the weasel family: Tayra, Greater Grison, Neotropical River Otter (Near Threatened),  and Long-tailed Weasel. Collared Peccary, Paca, and  Central American Agouti  and  Mexican Porcupine can also be found on campus.

4. Sequester atmospheric CO2 through reforestation  (contribute to make this happen)

After 2 years of growth, the 500 newly planted trees on an acre reforestation parcel will begin to capture significant amounts of carbon dioxide. From year 2 to year 12, this one acre parcel will capture an average of two tons of atmospheric carbon dioxide annually. Approximately half of the carbon captured in this acre of land will be deposited in the soil, making the soil richer and our atmosphere cleaner. Can you sponsor an acre of reforestation and start catching carbon.

Based on CCFC’s tree planting program goals, we estimate an annual net capture of 600 tonnes of carbon dioxide, with approximately 300 tonnes sequestered in the soil on the 390 acre sanctuary and surrounding reforestation parcels around hydro recharge zones in nearby villages. 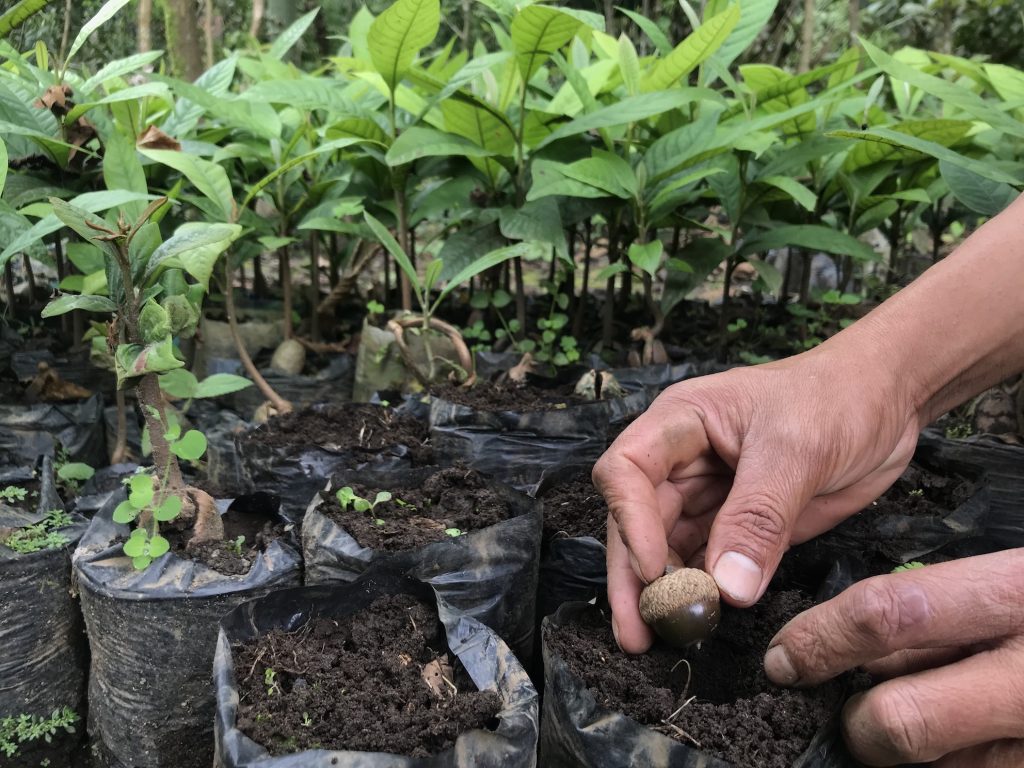 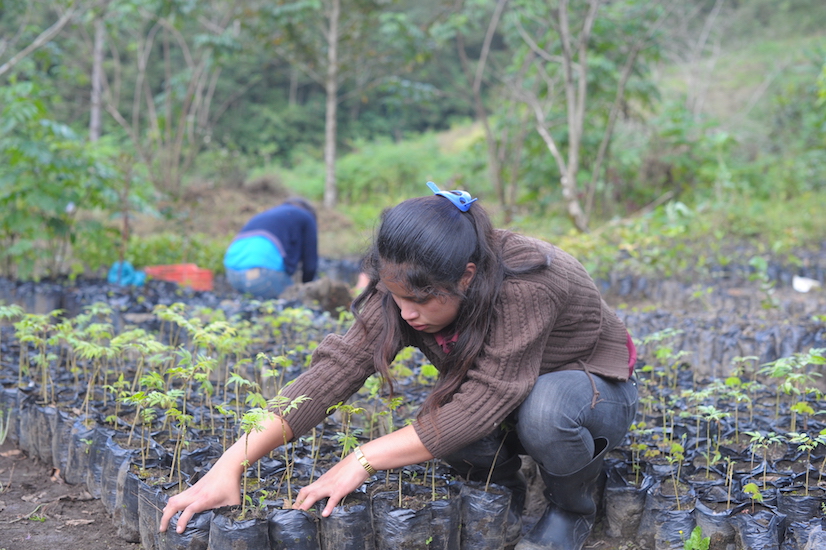 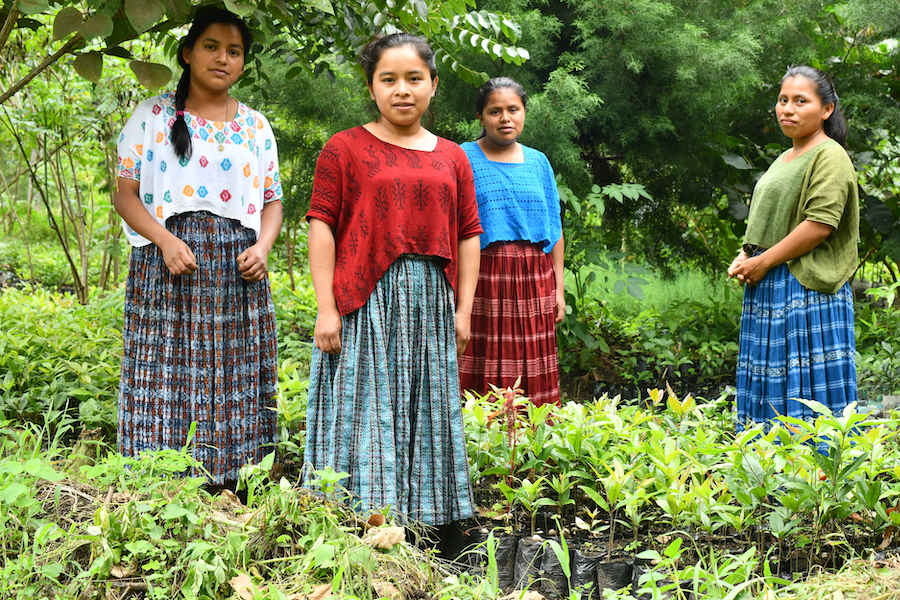 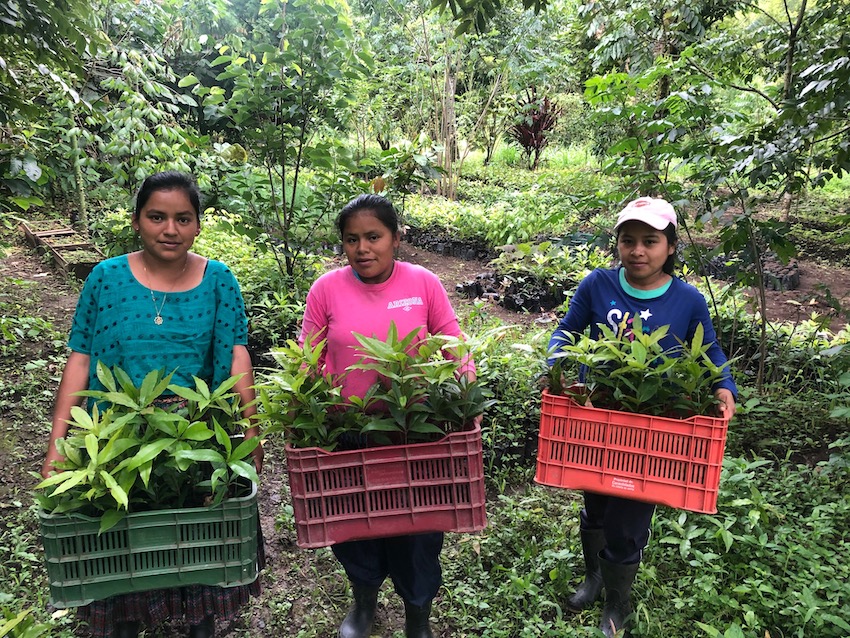 Specific areas of the sanctuary will be designated as demonstrative agroforestry parcels, managed in partnership with local universities. Our students, staff, interns, and researchers will model new and more sustainable practices of regenerative agroforestry.

Since its beginning, CCFC has hosted and facilitated research, hosting both national and international university students for research in a wide variety of academic disciplines.

Cornell University Lab of Ornithology (one Ph.D. thesis ((studying and evaluating the WALC program)) and one MS thesis ((analyzing CCFC’s agroforest parcels as they relate to migratory birds)) and one Fullbright)), 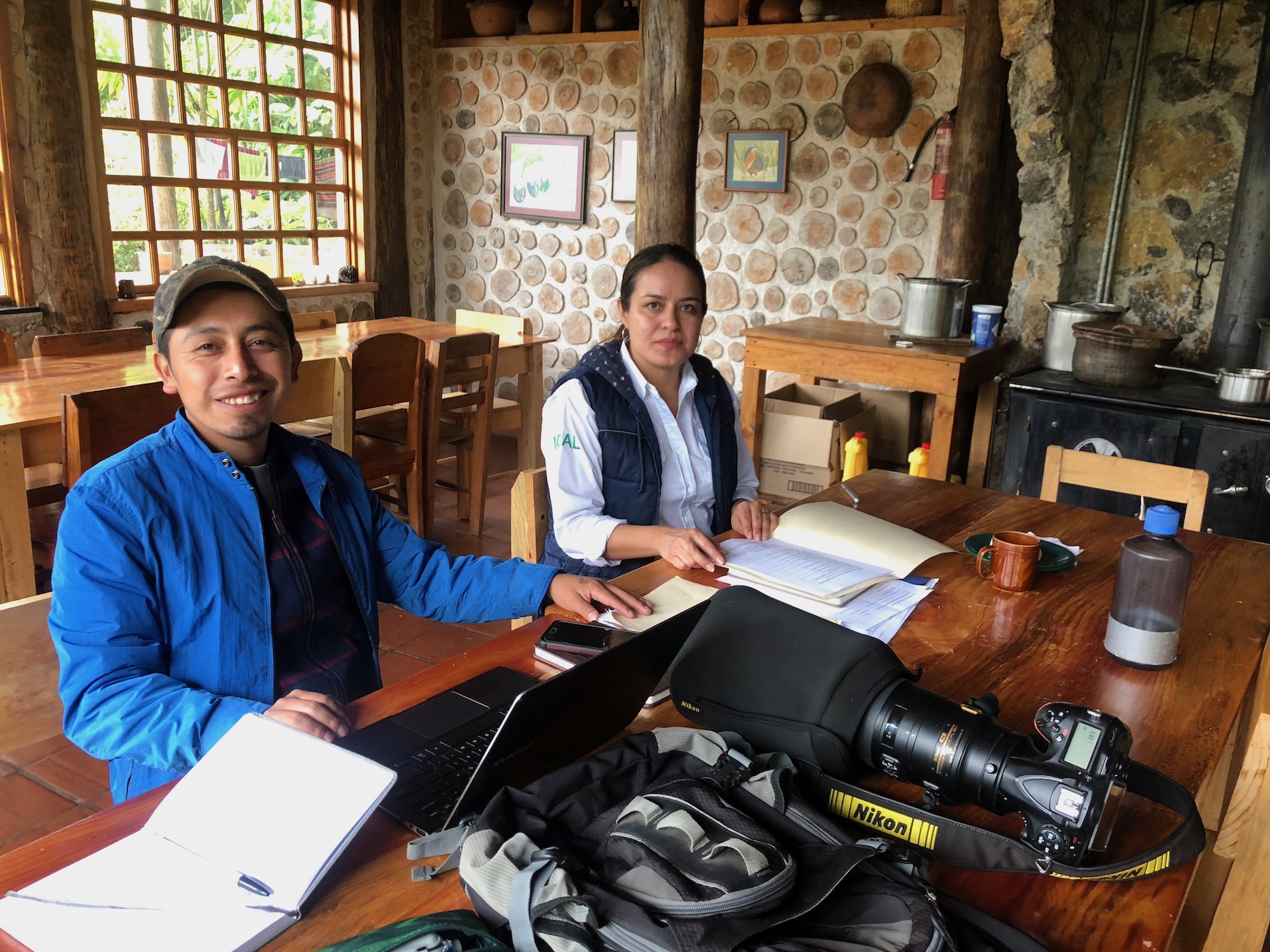 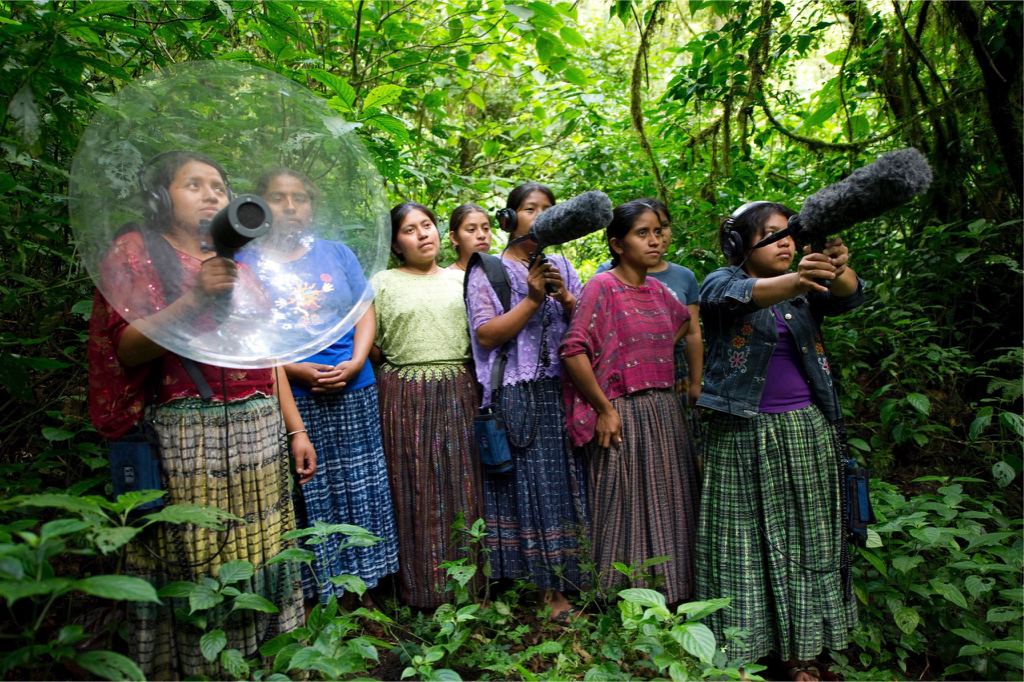 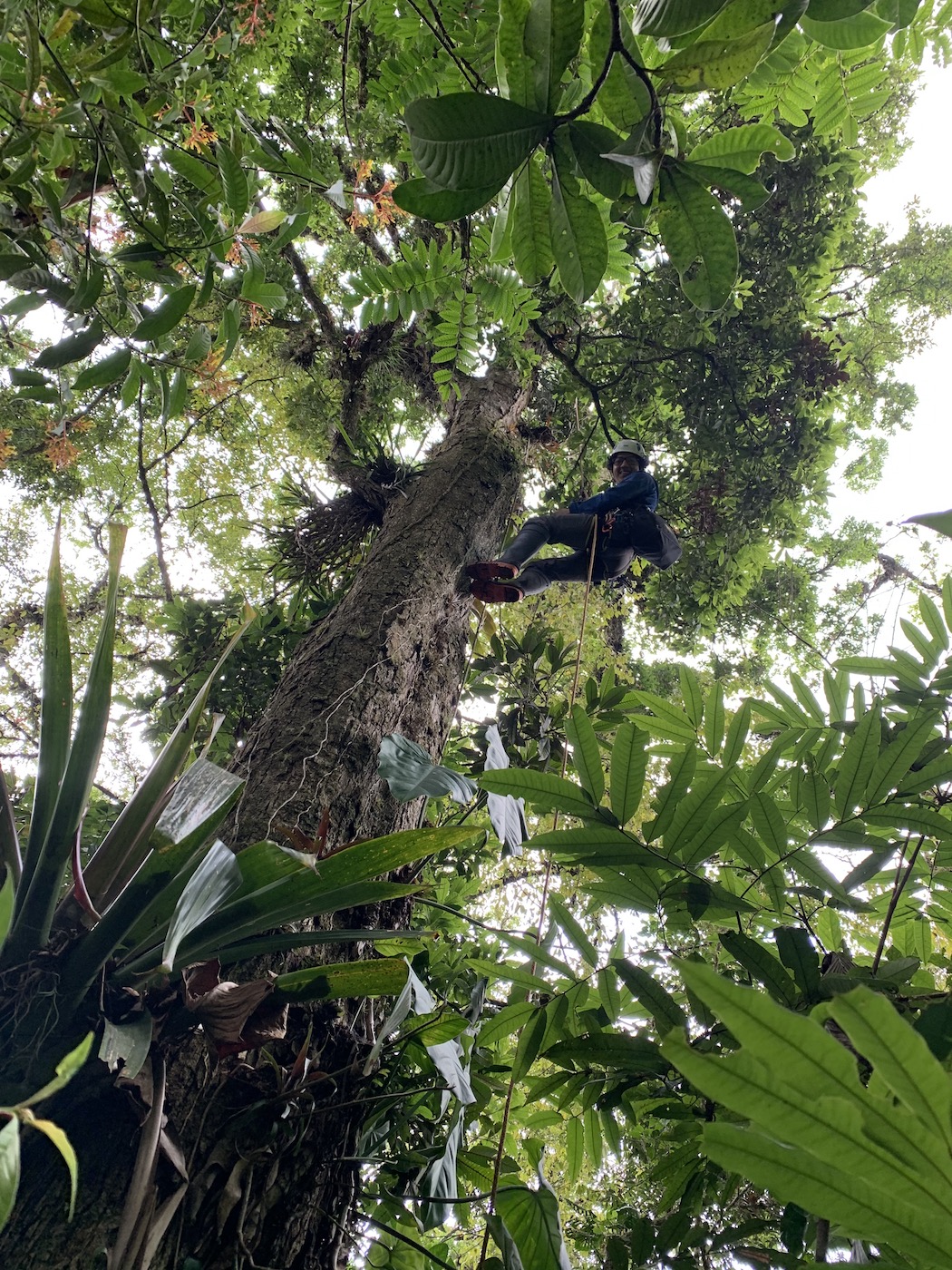 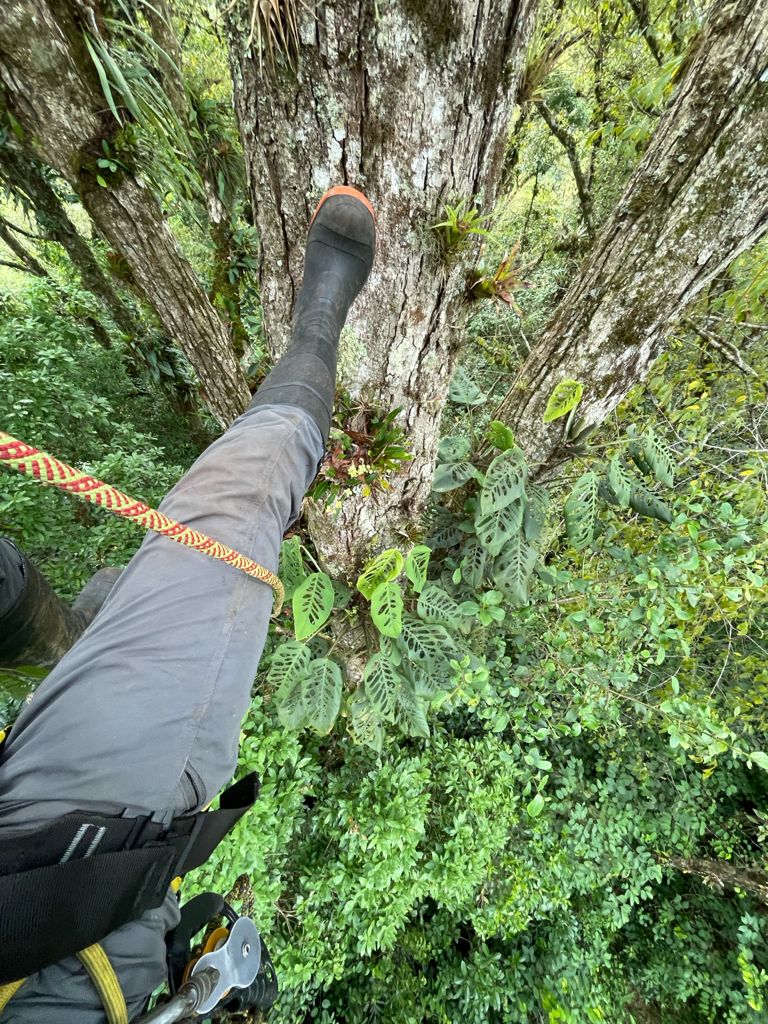 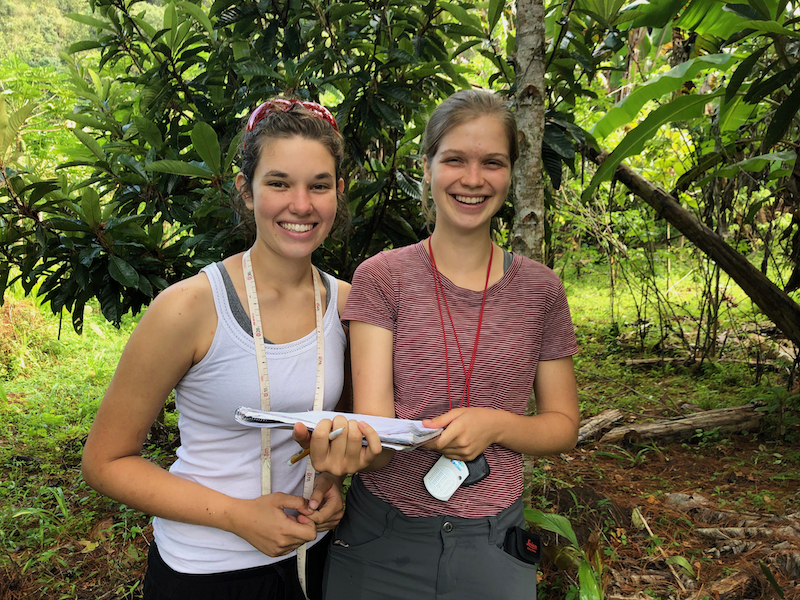 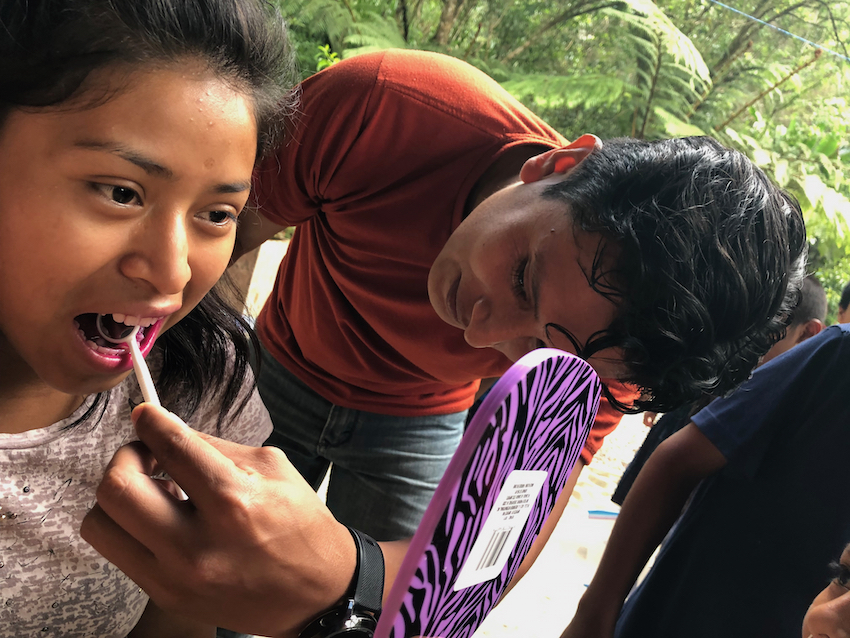